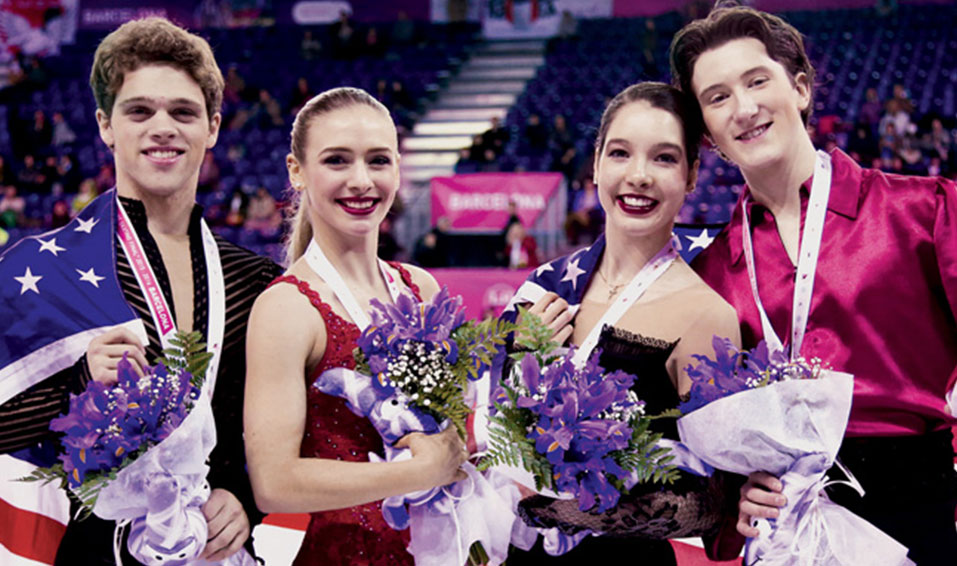 (Fritzi Bodenheimer/MCBlogs) – As a kid, biology major Michael Parsons told his mother he wanted to play ice hockey. She agreed but insisted he learn to figure skate first so he would have strong skills on the ice. He has not stopped skating since. At the 2016 World Junior Championship, Parsons won the silver medal for ice dancing with his sister and partner, Rachel.

Parsons was not the only MC student on the medal stand that day. The gold medal went to Quinn Carpenter and his partner, Lorraine McNamara. Carpenter is a mechanical engineering major, and he and Parsons are good friends—and competitors.